First and foremost we wish to thank the Associated Students of Madison (ASM) and the Latin American, Caribbean and Iberian Studies Program (LACIS) for their continual support. We also wish to thank the Department of Spanish and Portuguese at UW-Madison for their network of support as well. Additionally, the updating of this site was made entirely possible by Ryan Engel with L&S Learning Support Services.

In addition to the aforementioned organizations, the Co-Chairs of Kaleidoscope wish to mention the following organizations that have worked with us in the past, and hopefully will continue to work with us in the future. Their individual websites can be viewed by clicking their organization’s name. 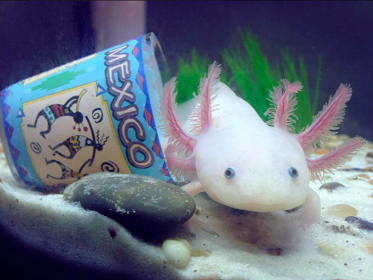 The Organization Committee of the AXOLOTE [a.xo.ˈlo.te] Group of Mexican Students and Friends is the organization responsible for the planning of activities related to raising awareness and bring visibility and support to the socio-political situation of current Mexican issues. Our mission is to promote cultural and social awareness of Human Rights violations and sponsor International support amongst the entire student body, faculty, and staff of our university.

Diversity and Inclusion Committee
The Department of Spanish and Portuguese Diversity and Inclusion Committee was founded in January 2014 by graduate students to address issues related to the climate of the department. We conceive of ‘climate’ as consisting in the feelings of belonging and inclusion of groups such as minorities, women, non-gender-conforming individuals, older or returning students, and students with families in our classrooms and as academic colleagues. We have worked since then to develop workshops and foster conversation in the department around these issues in order to create a more inclusive and accepting environment for everyone.

We have developed a sustainable group that has facilitated discussion of issues of diversity and inclusion and also fomented effective changes in our approaches to teaching and research as students and scholars in the department. With the leadership of a graduate student organizer or co-organizers, the Diversity and Inclusion Committee will continue to organize annual workshops as well as to host informal discussion groups, invite speakers and host film screenings among other events that have been requested by our graduate student body. These events are led by graduate student volunteers and are co-sponsored by the department chair, professors and graduate students. 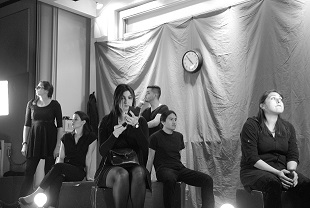 Teatro Décimo Piso is a Hispanic theater group dedicated to keeping alive the heritage of performance in the Department of Spanish and Portuguese. As aficionados of theater, one of its primary goals is to bring written scripts to life to experience both the practical elements and the academic elements of the theater. 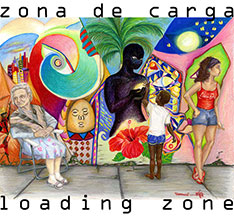