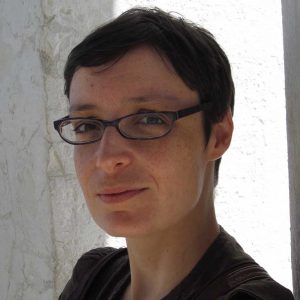 ​​Patrícia Amaral is an Associate Professor in the Department of Spanish of Portuguese at Indiana University. After obtaining her Ph.D. from the Ohio State University in 2007, she held appointments at Stanford University, the University of Liverpool (UK) and the University of North Carolina at Chapel Hill. Her current research focuses on syntactic and semantic change in Portuguese and Spanish, and she has also published in the fields of Romance linguistics, semantics, experimental pragmatics, and language contact. She is the co-editor of Portuguese/Spanish Interfaces. Diachrony, synchrony, and contact (with Ana Maria Carvalho, published by John Benjamins, 2014).