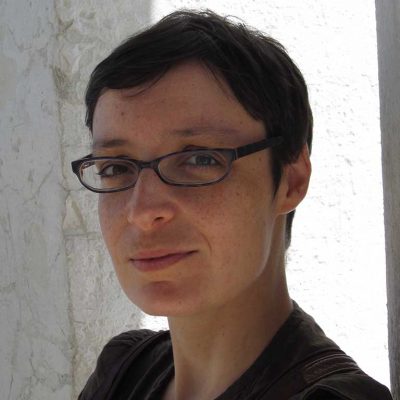 ​​Patrícia Amaral is an Associate Professor in the Department of Spanish of Portuguese at Indiana University. After obtaining her Ph.D. from the Ohio State University in 2007, she held appointments at Stanford University, the University of Liverpool (UK) and the University of North Carolina at Chapel Hill. Her current research focuses on syntactic and semantic change in Portuguese and Spanish, and she has also published in the fields of Romance linguistics, semantics, experimental pragmatics, and language contact. She is the co-editor of Portuguese/Spanish Interfaces. Diachrony, synchrony, and contact (with Ana Maria Carvalho, published by John Benjamins, 2014).

Yomaira C. Figueroa-Vásquez is an Afro-Puerto Rican writer, teacher, and scholar. She is Associate Professor of Afro-Diaspora Studies at Michigan State University and the author of Decolonizing Diasporas: Radical Mappings of Afro-Atlantic Literature. Her published work can be found in Hypatia, Decolonization, CENTRO Journal, Small Axe, Frontiers Journal, Hispanofilia, Contemporânea, and SX Salon. She is a founder of the MSU Womxn of Color Initiative, #ProyectoPalabrasPR and the digital/material project Taller Electric Marronage.

Enrique García Santo-Tomás is the Frank P. Casa Collegiate Professor of Spanish in the Department of Romance Languages and Literatures at the University of Michigan, Ann Arbor. He is a former Senior Fellow at the Michigan Society of Fellows (2011-2015) and a fellow at Michigan’s Institute for the Humanities (2019).

He is the recipient of a Fundación Juan March Manuscript Award (2000), a Guggenheim Fellowship (2007), and of the 46th ‘William Riley Parker Prize for an Outstanding Article in PMLA’ (2009), among other honors. He has done advisory work for the Detroit Institute of Arts and the Royal Shakespeare Company and serves on the editorial boards of a dozen journals and university presses.

He holds a Ph.D. from Brown University (1998) and a B.A. from the Universidad Complutense de Madrid (1992). He has taught at the University of Michigan since 1999. He has also taught at Brown, Middlebury College, and Queen’s University.